If Jamie were a character in The Outsiders, he would be Darry. If he were a Teenage Mutant Ninja Turtle, he would be Leonardo. If he were a Power Ranger, he would be the Red Power Ranger. In a nutshell, Jamie leads the pack. I don’t often give Jamie compliments (twins are pretty competitive), but there is no one I’d rather have negotiating for me when selling my home.

Jamie’s claim to fame is that he knows every episode of Paw Patrol and he might just be able to out “dad-joke” Phil Dunphy. He’s married to a super talented lady named Angela (who snapped these photos), has a son named Iver, a daughter named Nova, a third baby on the way, and a neurotic Aussie Shepherd named Archie.

He’s my twin brother, my business partner, and my best friend. 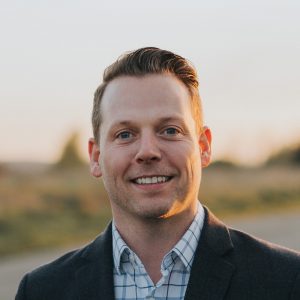 Get In Touch With Jamie